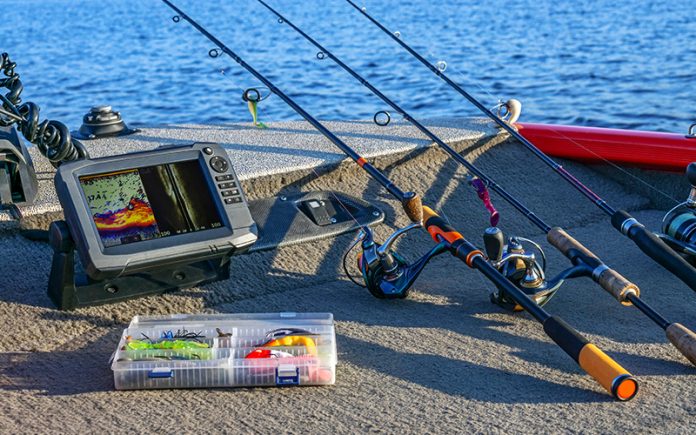 Not many people know about fishfinders. It is one of those kayak fishing accessories that you can’t go kayaking without, especially if you prefer kayak fishing. Fishfinders are based on sonar technology and they can display sound reflection measurements, allowing you to accurately locate a large school of fish and underwater reefs or debris. Advanced radars have the fishfinder system along with radar and GPS systems. Using these devices, you can locate fish to catch or even save yourself in case you have been attacked by a shark. If you are facing dangerous weather conditions or if you are estranged in the middle of the sea, your fishfinder GPS system can also help you with directions. Whether you are a beginner or expert in sea kayaking, you will need to know how to use a fishfinder on a kayak.

How to Read a Fishfinder? Beginners may have difficulty in interpreting information from a fishfinder. Before going kayaking, it is better to have as much information as you can and then head out. Fishfinder sonars create images of the underwater scenario by sending a sonar beam which bounces back off fish and objects. The intensity of the reflected waves is measured and used to create images. Although the visual is not precisely accurate, it does help you to know where schools of fish are in the vast ocean. This allows you to picture where your bait should be thrown. Depending on the price and model of the fishfinder, there are three ways of imaging. You should pick whichever you are comfortable with.

Fishfinders can also give you an idea of the bottom of the river or lake you are kayaking on. There is a red line that indicates the surface of the water. If there is anything visible below this line it means the bottom is sandy or muddy. If nothing is visible, the bottom surface is most likely rocky.

Since it will take some time to get used to these imaging techniques I suggest that you practice using your fishfinder in shallow waters first. Install it on your kayak and then check out rocks and whether it can detect fish movements or not. Fishfinders are able to display the most recent information on the right side of the screen and older information is pushed towards the left.

Some fishfinders use a chart plotter side by side with the imaging to show you the potential fish activity. You can even mark these places and then use it whenever you come back to that place. You can also zoom into certain regions, change color contrast, and reduce or increase sensitivity.

How to Install a Fishfinder on a Kayak? Using a fishfinder means that you do not have to navigate your kayak aimlessly through the water, so it is a must-have fishing accessory for kayak fishing. However, installing it is an issue many among us face. Here is a simple guide on how you should set up your fishfinder.

How To Play Foosball By The Rules