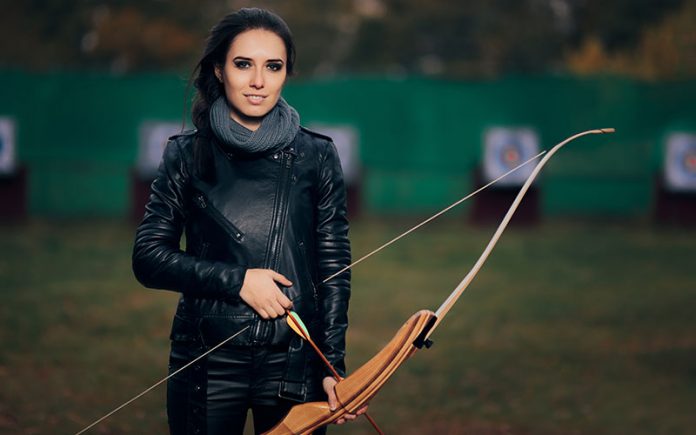 Every niche or profession has its own jargon. It helps professionals communicate better with their peers without going lengthy with their words. And it certainly helps them look, feel and sound professional while doing it. However, they certainly leave the innocent bystanders scratching their heads and wondering what those people are blabbering about.

While these bystanders might just go ‘meh’ and shrug it off because it won’t matter to them anyway, things get worse for beginners delving into the niche. Even after all that, there are some easy jargons like bugs, procrastination, and screening that everyone understands. But when it comes to Archery, their jargons are so vague and full of double entendres that you may end up thinking “Why would that guy openly want to shoot his boss?” And since Archery enthusiasts tend to be liberal with their jargons while bonding with each other, we’ve compiled this list to demystify these archery terms and help you decode them. No more shall you report an archer for wanting to shoot a boss.

Why Shoot a Boss?

Well, because ‘boss’ is just a fancy term for a type of archery target. It’s better not to judge an archer by confusing it with the colloquial usage of the word. Just like how anchor points make different sense to sailors and archers, there are a lot of archery terms that we need to look out for if we intend to relate to this niche:

Anchor Point – The position of the hand when the bow is fully drawn. Usually, anchor points can differ according to the Archer’s preference. For example, an anchor point can be near the archer’s ears or the edge of the mouth.

Archer’s Paradox – The arrow appears to move further and further away from the archer’s intended location, as the archer keeps pulling the bowstring. However, due to the flexibility of the arrow, it adjusts its position mid-flight and actually ends up heading towards the target it was pointing at when the bow was slack. This visual shift in position creates a paradox in the archer’s mind and makes him inclined to adjust his aim when the bowstring is fully drawn, often missing the target in the process. This is what is known as the Archer’s Paradox.

Arrowhead – The front end of an arrow and the point that makes an impact with the target upon shooting. It can be made of rubber, hardened plastic, metal, animal bones or stones.

Boss – An archery target, ideally made with a softer material to soften the impact and stop the arrow without passing through. Historically, a boss was made with straw. Nowadays, it can come with different kinds of padding materials such as styrofoam. Again, in archery, it’s not the guy who yells at you every morning at work.

Bowstring – The string on a bow that an archer uses to flex the bow’s limbs and use the potential energy to shoot the arrow. That was the obligatory theoretical monotonous description of a bowstring. Practically, it’s the string on a bow…. we all know what that is.

Bullseye – It’s an expression used by people when they have managed to achieve something great (and sometimes trivial). In archery, it’s the center point of the archery target that awards the highest points when hit. To be honest, both the expression and the term are closely connected.

Butts – We aren’t talking about an obscure but useful nether region of your body that you use to sit. Butts are mounds of earth used as safe archery targets.

Button – A spring-loaded contact on the arrow rest. When we’re talking archery, it’s not something that you click on, nor what you connect your fabrics with.

Draw Length – It is how far you have drawn your bowstring away from its original position. The higher the draw weight, the greater the potential energy stored in the arrow and the greater the chance to snap the bow limbs. Handle with care.

Draw Weight – It refers to the amount of strength/weight you need to apply to pull the bowstrings. A higher draw weight translates to more potential energy and subsequently, greater projectile velocity. However, it also makes the user more fatigued faster.

Dry Fire – Something that any archer should never do: Drawing a bowstring and firing without an arrow nocked. This exerts undue pressure on the bow’s limbs and will reduce its lifespan, if not downright break it.

Fistmele/Brace Height – The distance between the bowstring and the bow from the point of nocking to the arrow rest. It is measured once the bow has been fully strung.

Fletching – The feathers on the back end of an arrow, used to make the projectile more aerodynamic. They stabilize the mid-air flight and ensures a more accurate shot.

Flex – The flex refers to the amount of bend the recurve or compound bow has, with respect to its spine. It can also be the name of an Adobe product or the pose a bodybuilder strikes to show off his muscles. But we’re only talking about archery here, so, when you hear an archer talk about flexing, be sure not to stare at their muscles.

Index Fletching – Using different colored fletchings on an arrow. It’s the fletcher’s way of saying “this side up”.

Loose/Release – Ready. Aim. Fire. It’s the action of setting the arrow loose and firing the arrow.

Limb – The parts of the bow that flexes and bends to store the potential energy. The material of the limb largely affects the draw weight of a bow.

Longrods/V-Bars – Long bars or rods attached to the bow to reduce the vibration and recoil of the bow and provide more stability during firing.

Nock – The action of attaching arrows on the bowstring. Loading an arrow. Otherwise, it’s a word that isn’t recognized by any word processor’s dictionary.

Nocking Point – The point on the bowstring where the arrow’s end is to be placed in order to nock it properly. A fixed nocking point ensures more accuracy during the shot.

Point – Not to be confused with tip. It’s the pointed end of the arrowhead.

Quiver – Quiver in fear, for this is a container that holds all your arrows. Usually made of leather, synthetic leather or plastic, it hangs around the archer’s back or waist to allow them easier access to the arrows.

Rest – The part of the bow where the arrow rests before shooting. Combined with the correct nocking point, it ensures that the arrow is straight and perpendicular to the bow.

Riser – The central part of the bow. For takedown bows, limbs are attached to the riser to create a complete bow. If the archer is looking to change the draw weight of the bow, he/she can detach the limb and reattach one with a greater strength. But the riser remains the same.

Serving – A string wrapped around the bowstring to reinforce it and prevent the main fiber from being damaged or broken.

Shaft – It’s the piece of a long shaft of wood in the arrow. That’s what she said.

Siper – A device/accessory used to shoot an arrow that’s shorter than the brace height and/or the average draw length.

Spine – The spine of an arrow refers to how stiff the arrow is. It’s a measurement of the arrow’s flexibility, which affects its flight trajectory and how well it handles the archer’s paradox.

There are a lot of other archery terms, including terms used to describe some cultural bow types and specific jargons used in certain competitions. Archers might compare different types of arrows and shower you with more jargon than you can digest. However, these are the basic archery terms that I believe would be enough to get anyone started on carrying an intelligent conversation with an archer. And in off chance that the archer is a noob trying to show off, you might even end up calling his bluff due to his incorrect usage of a term. So, now you know.

Basics of Canoeing: Know Your Parts and Accessories