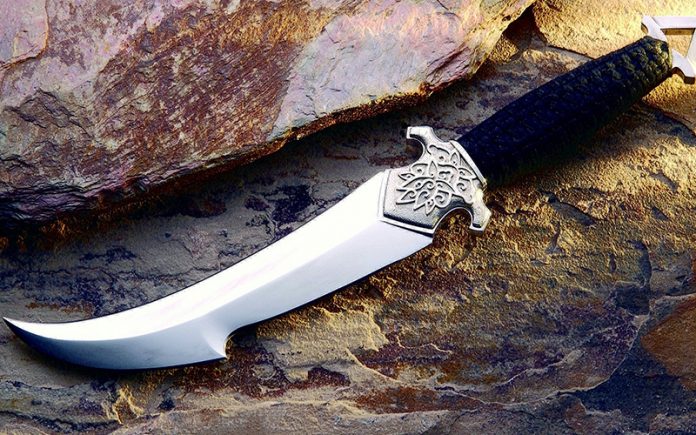 Collecting is a hobby practiced by people from all corners of the world. For some, it is just what it is – a hobby. But for others, it’s a way of life. The latter type of hobbyists are usually the ones ready to travel great distances and spend even millions to have a rich collection. Their obsession gives them a purpose and a fun activity to spend their times.

But that does not mean that people who do not obsess over their collections aren’t having any fun of their own. Regardless of your attachment to your hobby, it can always grant you some form of happiness and fun. So, if you are looking to take up a new hobby, we might just have an idea for you: Knife Collecting! We’re going to show you where to begin, how to begin, and all you need to know about knives and how to care for them. If we go out there and start counting the types of knives used in different regions for different purposes, we would be talking about it all throughout the whole day but we would still not be able to scratch even the surface of the world of knives. So, we are only going to talk about the types of knives that usually look amazing on a display.

Hunting Knife: A hunting knife is typically used to prepare the game hunted down by cutting the meat for food. It can also be used like a machete to clear foliage through forests while hunting. There are many hunting knife designs available today.

Skinning Knife: The name itself suggests what its function really is. It can cut across the skin of animals and is extremely essential when you want to prepare food from your game. A skinning knife usually comes with a hunting knife set along with a bowie knife.

Dagger: A dagger is a small knife that has two straight edges that are sharp, along with a very sharp tip. Daggers are good for thrusting or stabbing, but are also used in various ceremonies or rituals. It’s considered a symbol of manhood in some places, for example, in Oman men wear special daggers called ‘khanjar’ around their waistline in traditional events.

Kukri knife: This is a Nepalese knife that has a curved blade. It can work like a machete and can be used as a weapon as well as a cutting tool. It can penetrate deep, even into bones. It has been used as a symbol in the military division of Nepal and some Indian states. Kukri is good for chopping, digging, slashing, skinning and slaughtering. When cutting, blood or sap would run down the blade to the tip instead of going to the handle. This prevents the handle from getting messy. The handle may be made of hardwood, bones, buffalo horn, ivory, brass, steel or the Nepalese traditional tang material. Karambit: This type of knife is popularly used in Southeast Asian countries like Malaysia and the Philippines. It’s small and curved, more like a claw shape. In fact, it’s believed to be inspired from the design of the claws of a tiger. It’s typically used for fighting and can come with one or multiple holes to place your fingers in.

Kris: This is an asymmetrical dagger usually used for sacrificial purposes, ceremonies and rituals, especially in Indonesia. There are straight and wavy versions. A kris knife has three parts – hilt, blade, and sheath. It also has spiritual importance (like a talisman) and is believed to hold magical powers.

Bowie Knife: You could call this a multipurpose knife with an interesting and rich historical background. It can be used for both hunting and as weapons. In fact, it started out as a weapon in duels and fights. It’s not used for hunting purposes anymore, but still popular among the knife collecting enthusiasts. Your knife collection would definitely look incomplete without this rare piece.

Tanto: Tanto is a Japanese dagger famously worn by the samurai warriors in Japan. Although it started out as a weapon in martial arts, it’s now used for ornamental purposes. In combat, these knives are used in various tactics to stab and pierce enemies. The blade could be single or double-edged

Parts of A Hunting Knife More or less, all type of knives have some common features, such as a blade and a hilt. But the more advanced designs come with a combination of a false edge, a finger guard, lanyard holes, and much more! So, if we take a look at the parts of a hunting knife, we’re going to be able to cover everything about the parts of a knife, despite the differences in their bodies and designs.

Serrated Edge: You’ll find that some blades are serrated, which means they look dentated. Cuts with these edges are not so smooth but are used for cutting tougher materials like wood, bones and ligaments.

False Edge: Contrary to its name, False Edge is actually sharp. It allows you to penetrate the knife through its target easily and also helps with tasks such as skinning. A false edge is preferable over a double edge due to it allowing room for a blunt space to be gripped and half-blading in order to exert more pressure while cutting.

Straight Edge: It’s the regular, sharp side of a blade, often termed as a straight edge even if it isn’t completely straight. The shape of this section allows the user to cut through easily and evenly.

Finger Guard: Some hunting knife sets come with finger guards that go over the fingers in order to protect them from damage. These types of guards are usually found in the combat variants of these knives, usually reserved for military purposes. Knives such as a Karambit will always come with a finger guard. Cross Guard: It’s a metal bar placed perpendicular to the blade, and lies between the blade and the hilt. It’s needed to protect the user’s hand and provide a strong grip. If for some reason the knife slips during cutting (or during combat) the cross guard will stop its advance, essentially protecting the wielder’s hand.

Lanyard Holes: Having a lanyard hole at the end of a knife handle can be very useful. You can use it to hang your knife and store it in a safe place, and also use it to tie the knife to its sheath. A sharp knife dangling around can be very dangerous otherwise. You can also tie it to your wrists when fighting so you don’t lose the knife at any cost.

Double Edge: Usually found in daggers, the double edges are types of blades that have a full length sharpened straight edge on both sides. Sometimes they can also be found in some hunting knife variants.

Comfort Grip: As the name itself suggests, some knives have handles with a wavy structure on one side where the fingers are placed. This allows for easier grip and control over the knife movement.

Knife Collecting: Where to Begin? Since we’ve talked about the parts and sections of a hunting knife, it should be obvious to you by now that we have a preference for this type of knife. That’s because these types of knives are not only the most useful ones, suited for many different purposes, but they look great on a mount and a shelf. Above all, these are widely available and thus will give your collection a headstart when you are just beginning your venture.

In fact, you can buy a whole hunting knife set at your local home depot and come back with an already impressive collection. But once you have managed to secure that collection, we believe it will be time for you to advance to the next stages of your knife collection and try to import different types of knives from all around the world.

You could start collecting knives by buying easily accessible knives first, such as pocket knives. Then move on to the rarer, more expensive ones such as Bowie knife. If you have a zest for traveling to different countries, you could collect knives from all across the world and create a knife collection that your neighbors would certain be envious of. Knives have different backgrounds, histories and artistic significance or cultural importance. Once you start collecting knives, you won’t be able to stop – believe it or not!

ABOUT US
Stuffoholics came about when we four close friends, Jakob, Olivia, Fabian and Jeff, came together to combine our unique skills to produce guides and advice on everything we could think of. Our diverse backgrounds and interests cover loads of areas, each of us contributing our own experience to make the most comprehensive guides, just for you…Read More
FOLLOW US
MORE STORIES

It’s all in the Pole: Fishing Pole Types and When to...