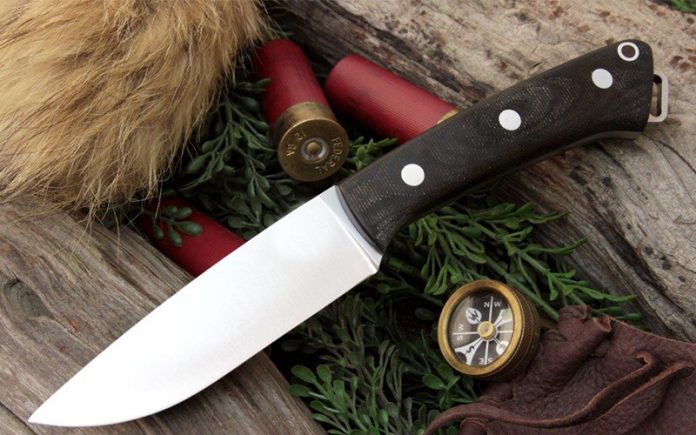 Hunting is a great sport for the average outdoorsman. In just about any hunting trip, you’re going to carry your provisions behind your SUV pickup and carry your hunting binocular pair and firearms or hunting bows into the woods. However, there are other things that a professional hunter would never forget during a hunting trip – their hunting knife as well as the skinning knife.

Once a hunter manages to get a kill, it’s essential that they know how to field dress the game and quarter it before hauling it back to the truck. In order to do that, a hunter should master the necessary skill of skinning their kill. Let’s analyze the methods and the tools you’re going to need if you’re looking to field dress your kill and skin it in a short amount of time.

How to Choose a Great Skinning Knife?

If you’ve decided that you’ll skin an animal next time you’ll go hunting, it’s time to go shopping! Get to your nearest store and look for a top-class skinning knife. Among the broad range of skinning knives, choosing the best one for you is a challenging task. But these tips could certainly assist you!

One of the most interesting hunting knife types is the caping knife. They are used to skin the heads and neck portions of the game to make hunting trophies. These knives are used so the skinning can be done without damaging the delicate portions, such as eyes and head, aside from preserving the 3D structure of the animal. Caping knives have blades which resemble the scalpels used by surgeons, making them extremely sharp and precise. They’re also highly flexible. So if you have skinned the animal but want to preserve the head as a trophy, you can definitely opt for caping.

How to Field Dress An Animal

Skinning animals with freely attached skin: To skin a squirrel or a deer, you can easily take hold of the edge of the animal skin and pull it off from the carcass. To do so all you need is the tip of a skinning knife in this case. The blade design should be drop point or clip point. When pulling the skin, you’ll see thin membranes between the skin and muscles. Cut them with the tip of the knife.

Skinning animals with firmly attached skin: To skin animals such as wild boar that have firmly attached skin, you’ll need some experience and patience. The skin has to be separated from the carcass, but the thick fatty layer in between would interfere a lot. For these situations, it’s best to use a skinning knife that has a trailing point design. These skinning knives have bigger cutting edges that would allow deeper penetration and easier cutting.

For larger animals with coarse hair, you’ll need two types of skinning knives, a folding knife as well as a fixed blade knife. The hair could make the knife blade dull easily. Use the folding knife initially to make cuts across the legs, neck, and abdomen. Then use the fixed blade to slowly separate the skin from the body. If you don’t have these two types of knives, just use one skinning knife and sharpen it whenever it gets dull in terms of sharpness. You should take whetstones with you for sharpening. A general rule of thumb is to use a short blade for small animals, medium sized blades for medium sized game, and large blades for larger animals.

A General Guide to Skinning an Animal

Depending on the animal species, you might need to use more than one type of knife. But the general method of cutting is actually the same in case of all animals, whether small or big. Here’s how you follow the skinning process with a skinning or hunting knife well taken care of by you:

Place the animal, with its belly facing upwards. Use your skinning knife to make an incision from the front legs till the anus. Do not cut through the membrane which encloses the internal organs. Your priority is to separate the skin for now only, so cut shallow.

Open the skin at the abdomen all the way to the neck. Use the skinning knife to cut the animal’s throat and pull out the whole membrane in one piece. Then circle around the anus and cut the area with the skinning knife, removing the membrane entirely. Cut off the udder (if present) and genitals.

Pull the hide back a few inches away so the hair doesn’t come in contact with the meat. Open the chest cavity and then cut the windpipe as close to the head as possible. Free the intestines and bladder. You should be careful. Pinch the urethra and cut the part beyond that point carefully. Don’t end up cutting the bladder, otherwise, urine may be spilled all over the meat. Roll the carcass to drain blood.

Now that the internal organs are gone, make incisions around the edge of every leg and neck. Make more cuts from each leg up to the chest and stomach. A few more cuts need to be made from neck to stomach. Hold near the neck or groin region and then pull the hide away using your skinning knife. You can begin from the head or stomach, it’s your own choice.

A skinning hunting knife is extremely important when you go hunting, and especially if you’re going to have a long stay in the wild for a long period of time because you want to field dress and wrap up the quartered animal as soon as possible to reduce the decay rate. And after reading this whole article, you’ll have the know-how of the techniques that’ll help you do just that.

Skinning knives can be used for other recreational purposes as well, such as caping and creating hunting trophies and even for knife collecting. So, for every hunting trip you make, you can preserve the head of your most coveted game and use the trophies to decorate your home interiors and even show them off to your buddies.

Don’t Give up on Your Cycling yet – Ways to Avoid...

Got a Compound Bow? Then You Need These Accessories Too!